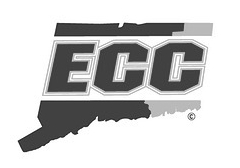 The Norwich Sea Unicorns have announced the return of the Eastern Connecticut Conference Baseball Tournament to Dodd Stadium for the spring of 2023. The ECC will play four Quarterfinal Round games, two Semifinal Round games, and the Championship game over a three-day period prior to the Sea Unicorns Home Opener on Monday, May 29th (Memorial Day). Pairings and times for the three-day event will be announced following the play-in game round that will be held at the higher seeded teams once the regular season is complete.

“Organizations at Dodd Stadium have a great history of hosting local high school games, including the ECC tournament, over the 28 year existence of the stadium,” said Sea Unicorns General Manager Lee Walter, Jr.  “Bringing the ECC tournament back for the first time in almost a decade is exciting for us, and I know the players, coaches and families will be excited to play their Championship tournament at the finest facility in Eastern Connecticut.”

“The Eastern Connecticut Conference is thrilled to return its postseason baseball tournament to Dodd Stadium,” said Phil Orbe, ECC Baseball Chairperson and Athletic Director at New London High School, who is no stranger to Dodd Stadium. “The opportunity to afford our student-athletes the chance to experience a baseball tournament in a first rate facility with the history of Dodd Stadium is one that will prove to be memorable. Our conference looks forward to this tournament being held at Dodd for years to come.”

Tickets for the ECC Tournament will be sold directly through the ECC and will be $10 for adults and $5 for students and seniors. More information on tickets will be released at a later date by the ECC schools. Concessions at Dodd Stadium will be open (no alcohol sales will be permitted) and the ECC and Sea Unicorns staff request that outside food and beverage not be brought as it will be turned away at the gates. The Sea Unicorns staff would also like to remind all families that pets are not allowed inside Dodd Stadium, except for legally registered service dogs.